Ishq -not A Love Story

'Ishq - Not a Love Story' is a box office hit in Malayalam cinema. Directed by Anurag Manohar, the film stars Shane Nigam, Ann Sheetal, and Shine Tom Chacko. The film discusses some of the moral interventions in the lives of Sachi and Vasudha and their aftermath. The film is produced by Suresh R Mehta, AV Anoop and CV Sarathi under the banner of AVA Productions.

Another box office hit in the Malayalam film industry. Kumbalangi Nights is a Malayalam film produced by Dileesh Pothen, Shyam Pushkaran, Fahad Fazil and Nazriya Naseem. It is the first film to be directed by Madhu C Narayanan. The film stars Shane Nigam, Soubin Shahir, Fahad Fazil, Sreenath Bhasi and Mathew Thomas. Two houses in Kumbalangi, Kochi, are central to the story. Shammi is married to his wife, his wife’s sister, Babymol in one house. In another house, the four siblings - Saji, Frankie, Bobby, and Bonnie. The story revolves around these people when life partners came to these four siblings' life. The cinematography is by Shyju Khalid.

Priyandananan's "Silencer" is a sincere attempt to understand the lives of people of old age. Although there has been a great deal of effort on this, at different times, the "silencer" stands apart from them. The film is a glimpse into the socio-political climate in which the elderly live. The screenplay is by PN Gopikrishnan. The film was produced by Abdul Nasser Karuppuram at his house.

The virus is a film directed by Aashiq Abu. The film is written by Mohsin Parari, Sharafu and Suhas in the wake of the Nipah virus outbreak in Kerala in 2018. Kunchacko Boban, Asif Ali, Tovino Thomas, Rehman, Indrajith Sukumaran, Soubin Zahir, Sreenath Bhasi, Dileesh Pothen, Parvathy, Rima Kallingal, Ramya Nambeesan and Revathi have played the central characters in the film. The makers of the film are Ashik Abu and Rima Kallingal.

The film is based on real events. 2018 was the worst flood in the history of Kerala. Raudram tells the story of an elderly couple trapped inside a house during a flood. As the water rises to almost the entire height of the building, they are confined to a very small space for days without food and other basic amenities. Jayaraj is the scriptwriter and director. The film was produced by Balachandran K. Renji Panicker and KPAC Leela done the leade roles.

, Oru Njyarazcha is a story about two women, Suja and Sujatha, from an upper-middle-class family in Kerala scripted and directed by Shyamaprasad. The film deals with some of the things that they have lost all their lives. A film like this is very up-to-date when the film talks about the complexities of today's contemporary situation. The film is produced by Sarath Chandran Nair.

And The Oscar Goes To

And The Oscar Goes To is a Malayalam movie directed by Salim Ahamed starring Tovino Thomas, Srinivasan, Siddique and Anu Sithara. The film’s music was composed by Bijibal. The film's theme is related to the director's experiences with making his first film, Adaminte Makan Abu. The soundtrack is composed by Oscar winner Resul Pookutty. The film won Best Actor, Best Director, Best Cinema and Best Supporting Actress at Alberta's Indian Film Festival. The film is produced by Salim Ahmed himself.

The film is the directorial debut of Manu Asokan, scripted by Bobby and Sanjay. The film stars Parvathy, Asif Ali and Tovino Thomas. The film is about the life of female pilot Pallavi Raveendran, who survived the acid attack on the face. The film has been screened at the Indiana International Film Festival of Boston and the Global Film Festival - Siliguri and Washington DC South Asian Film Festival.

The film director and theatre activist Manoj Kana, after 20 years’ theatre activism among the tribals painted his valuable experience on a vast platform that gave rise to the film, Kenjira. It is the ‘Paniya’ tribe, an all-time victim of brutal exploitation who appears on the screen to manifest their own ordeal. The story progresses through the life of Kenjira, a Paniyan girl studying in the ninth standard. In the fight against her dampening hunger, she goes through the various incidents.  The film was shown at IFFI. The film is written and produced by Manoj Kana.

The film is directed by Khalid Rehman with Mammootty as the lead. Harshad P. K and Khalid Rahman have penned the script. The film tells the story of nine Kerala policemen who were sent from Maoist areas of Chattisgarh for the parliamentary election duties. Sub-Inspector C.P. Manikandan is the head of this group. The film is produced by Krishnan Sethukumar. 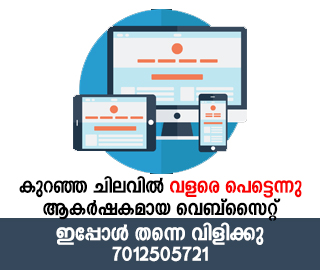